Few years are as eventful as 1986 was in the world of video games. Not only did many classic franchises get their start during this wonderful year but also it was the advent of many of the gameplay styles that define the industry as we now know it. The success if the NES in resurrecting what was a dead console scene in much of the world also ushered in a slew of new genres and game types that were both key to its successful and now intimately tied up in the system’s very identity.

Outside of the home, the arcades were still alive and well and soon-to-be home console titan SEGA was churning out hit after hit, Out Run being among their most well-known and beloved games. That isn’t to say that SEGA didn’t release any home console games. In fact, SEGA’s attempt at challenging the NES, the Master System, had a great game in the form of Alex Kidd in Miracle World. While Alex Kidd never quite grew to Mario’s iconic status, the game was awesome and a true must-play for the Sega Master System.

RPGs were also becoming much more prominent with Dragon’s Quest having its first installment released in 1986 and King’s Quest continuing its saga with a third entry in the long-running series, “The Heir is Human.” Apple released its Apple II computer, an awesome machine for gaming in the early days of PC games and Atari finally released the Atari 7800 two years after its initial planned release date.

Adventure Island from Hudson Soft is every bit inspired by Nintendo but changes up the platforming formula just enough to make it not only a challenging game but also a fun and engaging one at that. A distinctly tropical theme and enemies inspired by Japanese manga artwork rounded out what would become an iconic series for Hudson Soft and would go on to spawn multiple sequels, with Super Adventure Island on the SNES being a bright and beautiful remake of this very game.

Also known in the West as the Mario game that never made it here (Super Mario Bros. 2 in the West was actually a reskinned title called Doki Doki Panic!), Super Mario Bros.: The Lost Levels is Nintendo at its most sadistic. The game is just like the original Mario in presentation, but the challenge is unreal. Unlike the first game, which balanced challenge with incentive, this game is pure torture. Sure, some people are into that, but gone is the whimsy of the first game and instead is a hardcore experience not for the faint of heart. Imagine Mario Maker before Mario Maker. The experience was so jarring, in fact, that Nintendo decided to just keep this as a Japan-only title, believing (quite rightly) that the game’s overwhelming difficulty could do damage to the brand. For those Mario fans looking for a challenge, The Lost Levels is hard to beat (pun intended). 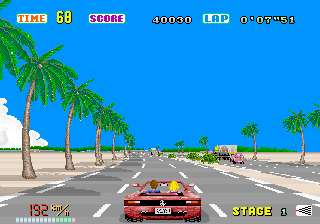 Sega’s Out Run is the original high-speed racer and demonstrates the company’s mastery of the arcade space and its willingness to try new things. While primitive by today’s standards, Out Run’s graphics were nothing short of revolutionary when they debuted in 1986. Relying on speed and a competitive spirit, Out Run was also an arcade sensation and the first of many games that delivered an epic experience that couldn’t be replicated at home. If any of you remember the iconic Out Run bike controllers, you know what we mean. These full-sized motorbikes allowed you to shift and turn, controlling the rider on screen. It was a novel way to control a racing game and it made it stand out in the crowd. Few knew that Sega would later go on to challenge Nintendo’s dominance, but Out Run showed that they were coming – and fast. Probably one of the most iconic puzzle games of all time Bubble Bobble has made its way to nearly every format you can name. First hitting arcades from Taito in 1986, Bubble Bobble offers one hundred stages of bubble popping action to rescue Bub and Bob’s girlfriends from the Cave of Monsters. The game featured multiple endings and spawned a host of sequels and spin offs. The two protagonists, Bub and Bob, are some of the most recognizable faces in video gaming. Bubble Bobble also demonstrates that games do not have to be complicated in order to be enjoyable.

Sega’s mascot game for their Master System competitor to the 8-bit Nintendo Famicom never quite took off like his Big N counterpart but nonetheless starred in a totally competent game that has its moments. The Master System is an intriguing bit of hardware – it is both more powerful than the NES and has better sound but it never really took off with gamers. It does feature ports of many of the most popular titles but is lacking in the kind of robust first-party lineup consumers could find on the NES. The graphics are really bright and colorful – almost uncomfortable so. Alex Kidd is an important video game in the history of Sega’s home console efforts, a journey that would ultimately result in the sensational (and sensation itself) Sonic the Hedgehog for the Sega Genesis 16-bit system, a game that did bring the heat to Mario long ago and challenged Nintendo’s dominance of the home market. The third installment in Sierra On-Line’s graphic adventures King’s Quest, The Heir is Human dropped for the Apple II and PC DOS in 1986. This is the first game to not feature King Graham as the player character. You can navigate the game’s world via a Magic Map that transports you to various locales visited during the course of the narrative. Movement is controlled via the directional keys and interaction is through input commands as in previous games. Interestingly, this is the first in the King’s Quest series to boot up from the computer hard drive rather than rely upon a disk and its manual also featured a copy protection scheme that could identify if a user purchased the game legitimately or not.

The Famicom Disk System was this amazing piece of kit from Nintendo. It used a rewritable disk accepted at various kiosks throughout Japan which had the ability to write data to it for a fee. Many games were initially released this way, Castlevania being among them. The attachment sat underneath the Famicom unit and gave it a little more oomph in the sound department as well. Castlevania is originally based on a title called Akumajo Dracula. Konami never shied away from making the early games difficult and the entries on the Famicom are no joke. Western players would get this game on a cartridge which had less impressive audio but the same gameplay and graphics. The Disk System, for its part, was largely a failure and exists today as a curiosity and gaming collectible. 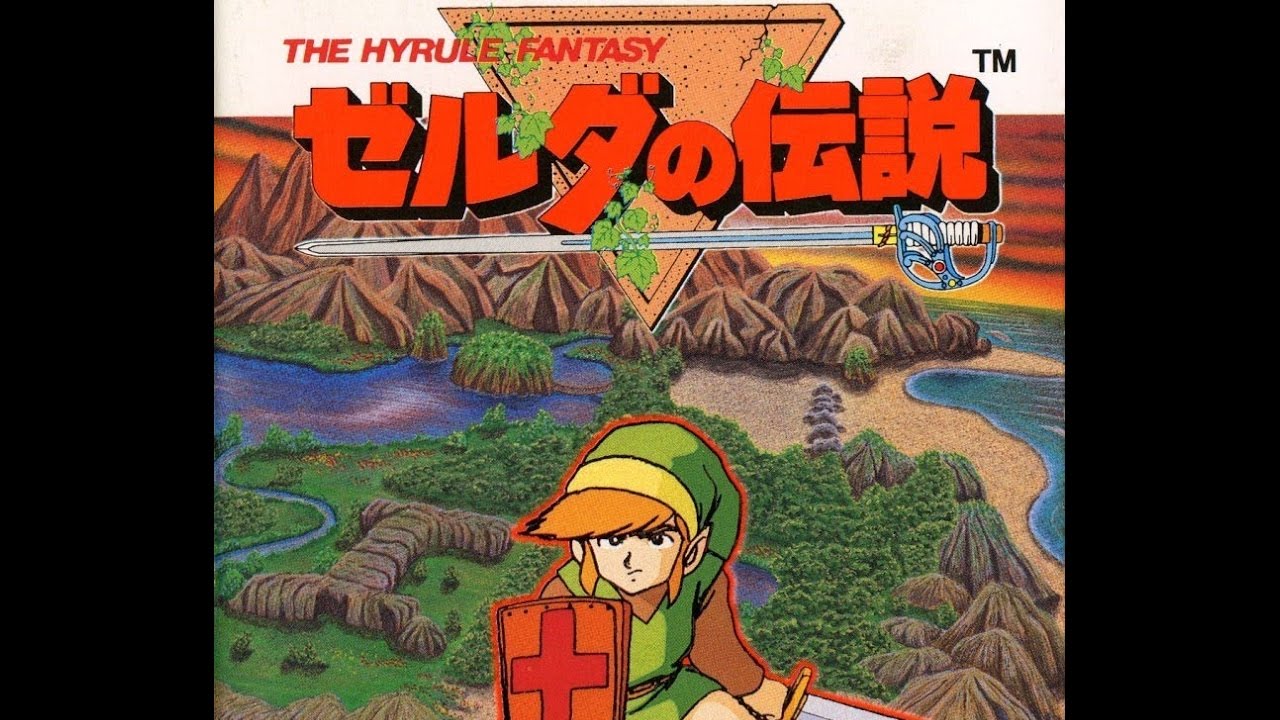 Another Famicom Disk System game, The Legend of Zelda really shook up the action adventure genre and brought one of the first truly open-world experiences to the home consoles. If you’re familiar with the series then that means you’ve been a gamer for a while, but for those that don’t know The Legend of Zelda is about a quest to defend the world from an impending doom at the hands of a demonic pig. It’s everything you ever wanted in this type of game. Looking back, the game is difficult because it is relatively obscure but not difficult because it is unfair or in any way cheap. That was the fun of the first Zelda game – exploring and figuring out things for yourself. A totally novel concept, open-world gaming now dominates the scene, forever changing what many perceived as a linear art into a dynamic medium.

Like Castlevania, Metroid changed the action platforming genre for forever. As the protagonist Samus Aran, the player is tasked with exploring an alien-infested planet to defeat the evil Mother Brain. In the vein of Zelda the game is quite open ended in terms of how you choose to start but most gamers will find this title easier because there are fewer areas of the world map immediately accessible without certain power ups. Again, being vague was key to success on the NES, and Metroid knew how to tread the line between needlessly obscure and unfairly difficult. Don’t get us wrong – this game is pretty tough. But if you like the later games, you’ll love this one.

Dragon Quest is Enix’s premier franchise and one of the most beloved series of all time in Japan. This game has everything you could want in a JRPG and helped establish many of the expected conventions of the genre. Along with Final Fantasy, Dragon Quest helped establish and set apart Japanese RPGs from the more western style counterparts like King’s Quest and Ultima. Featuring a great story, addictive combat, and a beautiful graphical style, Dragon Quest is dripping with nostalgia and quality.

The post The Top 10 Games of 1986 appeared first on Funstock.