The year Nintendo proudly proclaimed the “Year of the Cartridge” not only saw the zenith of both the Sega Mega Drive and Nintendo Super Famicom but also the last wave of what would could be considered quintessential 1990s-style video games.

Fighting games, classics born on the Famicom, and sequels to beloved series dominated the charts and 1994 was no different – perhaps the year of the last big wave of fighting games, mascot titles, and the beginnings of open-ended gameplay like that found on the PC.

One thing is certain: 1994 was a big year for now-classic titles. It was really difficult to whittle the list down to just ten entries, but those selected represent, again, the trends of the year and perhaps the culmination of an era. The PlayStation and Saturn, CD-based systems set to right the wrongs of previously failed gaming consoles based on a similar concept, were about to upend the entire industry and the PC was just getting started with classics from Blizzard and other entries showing a more serious serious to narrative, and a more engaging, in-depth style of gameplay. 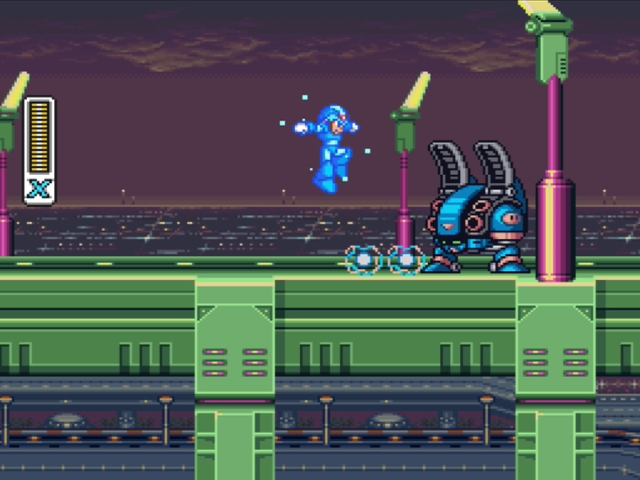 Gone are the robot masters of yesterday, now replaced with malevolent robo-creatures that do much the same task. Capcom’s Mega Man X was everything fans expected of the Blue Bomber on a much more powerful system. With a rocking soundtrack and colorful graphics and detailed sprites, Mega Man X represented an evolution in aesthetic if not in execution; however, seeing as how most Mega Man games were quite solid in this area, Capcom’s choice not to mess the traditional formula up too much pays off in this entry. Mega Man X featured an in-depth (for a Mega Man game) narrative as well as secrets and replayability that previous games on the Famicom lacked. While Mega Man X would go on to spawn a series of sequels, the original is always looked upon as a case study in how to iterate and evolve a game for a new console generation. 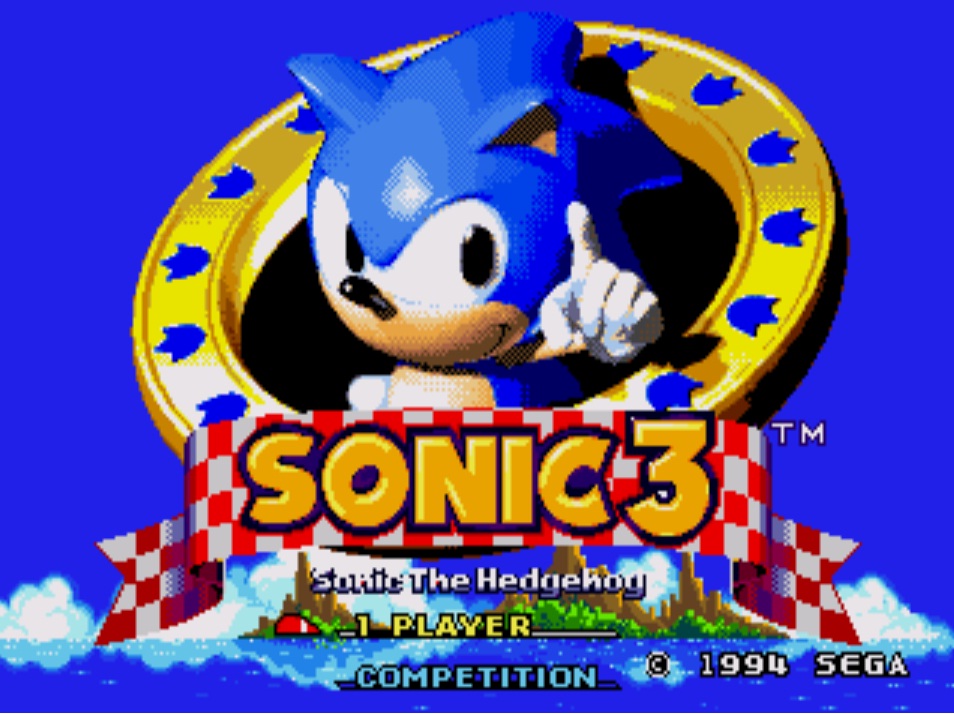 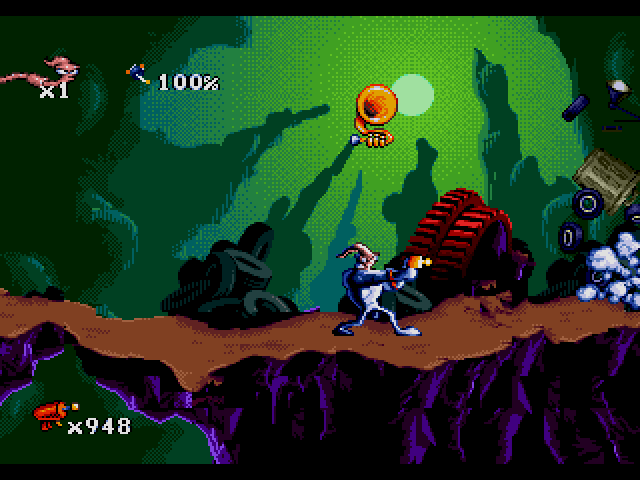 Released at the height of the need for gaming consoles to have mascots, Earthworm Jim also represents the confluence of two other 1990s trends: eXtreme things and gross-out humor. If a fart joke were to become a video game and transformed into mascot form, that character would be Earthworm Jim. Endearing as it may be, the art style and the humor scream 1990s. One thing that might strike modern players as odd about Earthworm Jim is the game’s level of difficulty. Unlike other mascot games of the era, Earthworm Jim goes from shallow end to deep waters within a split second and is one of the more challenging platforming games on any console. One thing it really has going for it, in hindsight, is how well it has aged overall, still providing players a great experience to this day. This game made the list because it represents so many things coming together at once that it is hard to ignore and, in many ways, represents somewhat of a cultural time capsule in video gaming.

7. The King of the Fighters, SNK Neo-Geo, Arcade 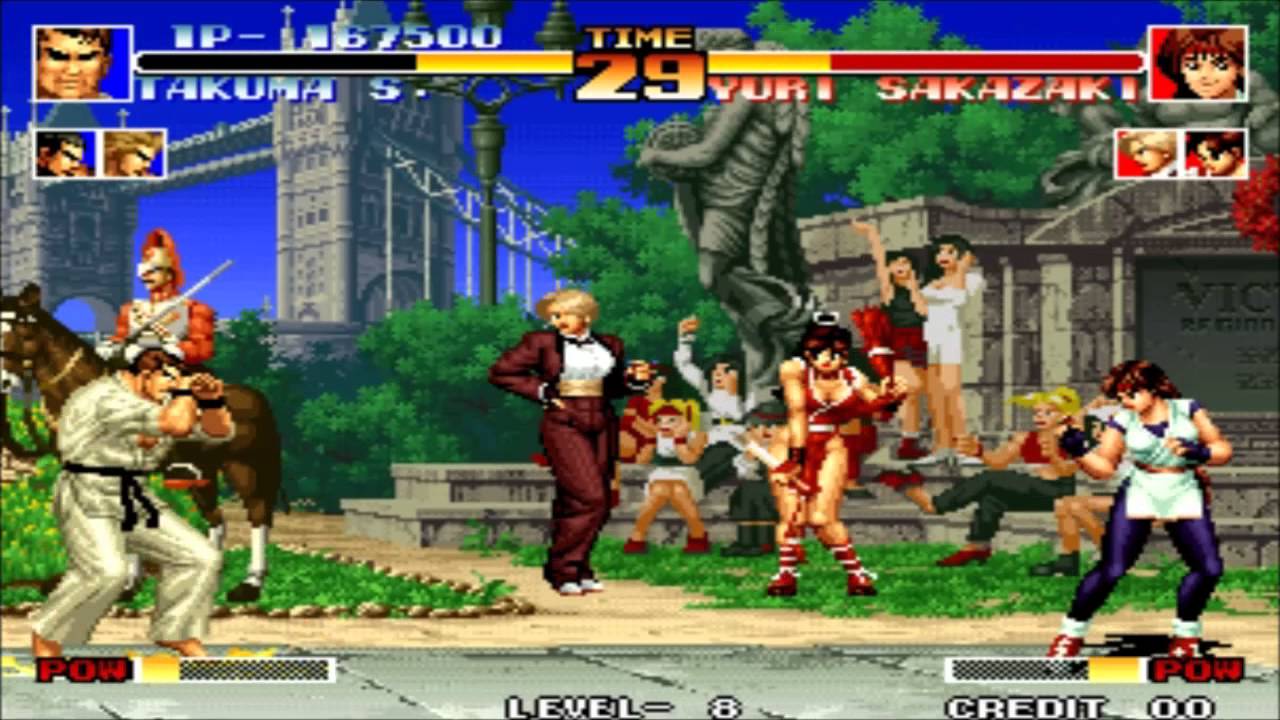 SNK had always provided Capcom with a challenge in the 2D fighter arena, and no game signaled this more than the King of Fighters series, which debuted in 1994. This game represented the combination of all of SNK’s previous great games in one entry, and what an installment it was. With some of the most varied fighting styles to be found in any fighting game, The King of the Fighters had a little something for everyone and, to top it all off, sported a narrative that snaked its way through each proceeding sequel. Calling this series legendary is not hyperbole as it was popular enough to spawn annual iterations for years to come. Perhaps the peak of the 1990s 2D fighting genre, The King of the Fighters would soon become eclipsed by the rise of 3D fighters but never failed to maintain an active fan base. People were beginning to wonder if Capcom would ever make a sequel to its arcade smash hit Street Fighter II, a game that changed not only video games but probably the history of video gaming itself. It’s hard to quantify just how much of a sensation Street Fighter II was when it was released and, in a move almost commonplace today, Capcom iterated upon this core game, milking it for whatever it was worth in a process that still continues to this day. Improved graphics, sounds, faster gameplay, new fighters – whatever tiny tweak Capcom could make to the game, they would undertake and release a new version of Street Fighter II. The reasoning behind this, though, was solid and simple: Street Fighter II was so perfectly balanced, and had achieved this by mistake, making Capcom reluctant to tinker with it too much lest they ruin the formula. Street Fighter II pioneered so many of the standard conventions of fighting games in general, and Super Street Fighter II Turbo was the perfect version of a classic game that showed, yet again, that a little bit of change had a whole lot of power when the core concept was solid as a rock.

Virtua Fighter was realistic, but Tekken was crazy fun. From the outfit that brought Pac Man to the arcades, Namco’s Tekken was a crazy game with a unique fighting system that tied both narrative and style into one package that sold 3D fighting better than any other series before it. Virtua Fighter was both unwieldy and intimidating, while Tekken was accessible and yet tough to master. The characters, similar in many ways to the standard set up introduced by Street Fighter II, were nonetheless memorable, much more so than any character from the Virtua Fighter series. Tekken showed that fantasy sometimes won out over simulation and its over-the-top style is one thing it would continue to carry with it in every successive iteration in the series. Showing that Nintendo’s Super Famicom still had it when it came to graphical fidelity, Donkey Kong Country cashed in on the crazed for everything 3D by introducing beautiful pre-rendered sprites upon similarly fashioned backgrounds in an amalgamation of gameplay and style that had people gawking and scooping the game up as soon as it hit the shelves. Donkey Kong Country was the perfect marriage of Rare’s ability to execute and Nintendo’s library of amazing and iconic characters. The music, gameplay, and design all matched up perfectly, spawning two sequels and creating a great series. The challenge of Sega had forced Nintendo into producing some of the best stuff it was capable of doing and the looming challenge of CD-based systems made its boast that 1994 was the “Year of the Cartridge” absolutely factual when it came to Donkey Kong Country, a game whose beauty and quality carries over even now. 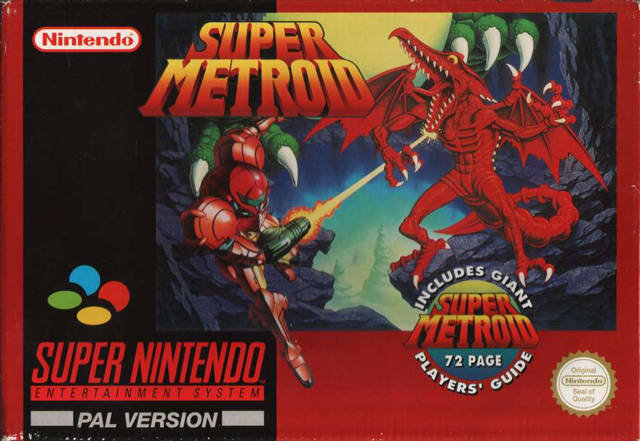 Along with Castlevania: Symphony of the Night, Super Metroid would go on to lend its name to its own sub-genre of video games: Metroidvania. This is because the gameplay introduced in the Super Famicom Super Metroid was so crisply executed and well-positioned that the later PlayStation game, the aforementioned Symphony of the Night, did little but augment it with RPG elements and an increased amount of content. Super Metroid is a template for how to make this kind of game and, outside of its position in the Metroid series, is most notable for this example of how to build out a tiered exploration-based 2D side-scrolling game. Squaresoft’s epic Final Fantasy VI for the Super Famicom is everything you would want a JRPG to be. An epic score, a sprawling story with a myriad cast of characters, this game was as cinematic as you could get in a 16-bit JRPG. There’s so much love and randomness thrown into this game that it really makes you sit back and just wonder what has happened to this spirit in video games. Keeping in mind that this was a big budget, major release makes it even all the more charming and, indeed, the game is rewarded for being bold and is rarely boring. While it doesn’t fundamentally change the rules of JRPGs, it does reshape them so much so that others following in its wake are still compared to it. From seemingly endless content to a quirky narrative that is hard to beat. Final Fantasy VI is the height of 16-bit era JRPGs.

Before the always-online tragedy that was the Sim City reboot, Sim City was the name in city simulation games, a type of game that could only really be done properly on a PC. Don’t get us wrong – the Super Famicom Sim City was great, but to truly push your mayoral prowess to the limits, you need Sim City 2000 for the PC, a game that took everything the original introduced and gave your more. Granular levels of taxation of social engineering combined with varied terrain and multi-layered infrastructural considerations made Sim City 2000 a beast for your PC to handle but also gave your cities a level of detail and realism that was hard to beat. If you ever made it to the arcology stage, your were golden. Sim City 2000 also came at a time when PC video games struggled to differentiate themselves from console games and, while the power differential always favored PCs, it never became so apparent as it did when Sim City 2000 hit store shelves.

The post The Top 10 Games of 1994 appeared first on Funstock.